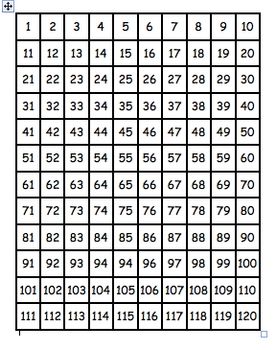 There’s a lot of to-do going on about natural vitamins having an edge on the synthetics. And, truth to tell, going natural sure sounds good. The way God intended and all.
But like with so many things, the devil’s in the details.
The major sources of natural vitamin B vitamins are wheat and yeast. Well, if you have candida-a constant concern with thyroid and adrenal problems-you don’t want to throw yeast down the old hatch. Same thing if you have a mold allergy.
And wheat? Anybody with a digestive system dancing the fandango should consider the possibility of an allergy. Medicine’s finally realizing the disaster of one such, a sensitivity to gluten. And no wonder since they’ve pumped the gluten content in today’s wheat way, way up-because it makes bread “fluffier.” So much for natural.
Natural vitamin C, meanwhile, often comes from corn-to which untold numbers of people are allergic. And who knows if the corn is genetically modified, as most of it is?
A lot of vitamin pills contain corn starch as a binder, which is why I talk about capsules so much-not so many fillers.
And natural vitamin E tocopherols can come chock-a-block full of evil soy. And some E comes to us from wheat germ, which, of course, takes us back to the whole gluten story.
On the other hand, some vitamins, like vitamin A, are better in their natural, animal-based form. Which means, of course, that most vitamins offer us synthetic, plant-based forms of vitamin A.
And natural, plant-based vitamin/mineral products come up way short in minerals, too. Since almost all of us are mineral deficient, this is a very bad thing.
So, what about synthetics then? Well, it depends. Our bodies are happy to join forces with synthetics that look like the real thing, bio-identical as it’s called, but sometimes the supplement people decide they have a better idea.
And maybe their idea looks good on paper. A lot of things look good on paper. I used to write software, and I guarantee you everything I wrote looked swell on paper. But sometimes when a computer got its innards on my fabulous code, things fell apart. In fact, I’ve been known to yell at computers for their intransigence, for all the good it did me.
Our bodies are like that, too. If something unrecognizable comes down the hatch, things fall apart. Not as quickly as with a computer, though, and that’s a pity. The sooner we know, the better off we are.
So, it’s not just any natural, and it’s not just any synthetic.
Let’s talk, then, about a natural turned into a synthetic. It’s called an isolate, wherein they strip away all the so-called extra parts of something natural to get down to the “active ingredient.” They isolate it.
Our bodies don’t think much of isolates. Fact is, they don’t recognize them without their missing parts and start defending themselves against the foreign attacker.
This is how a lot of prescription drugs do us in. It’s a big reason why “properly prescribed, properly taken” prescription drugs kill more than 100,000 people a year in the U.S. alone.
To get a patent, pharmaceutical companies have to come up with something that doesn’t naturally occur in nature. (Well, that’s the law, which is sometimes observed, sometimes not.) Patents generate the big bucks. Big, big, big bucks. Really big bucks. Really big.
And so we get isolates, which never occur in nature, alien life forms that they claim will make life better. Riiight.
And it’s not just prescription meds. Big Pharma’s muscling into the vitamin/mineral world, too.
When vitamin D hit the news, pharmaceutical companies jumped all over it, racing to get a patentable version by isolating one part of the whole. Last I heard their “new, improved Vitamin D” was bumping people off instead of doing them any good.
Just say no to isolates.
And stay alert. As you see, just any old vitamin or mineral won’t do.…