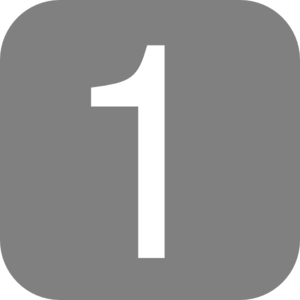 The dangers of the sun and sun tanning have been drilled into our heads for years. But how much of the information about the sun, UVA and UVB rays, and skin cancer are true, and how much of it is a sun scam? Sunscreen manufacturers make billions of dollars each year selling sunscreen products, so it pays for them to put out the message that one needs sunscreen in order to avoid malignant melanoma (skin cancer). And these manufacturers spend billions contributing to dermatology associations, all in an effort to get their message out. And it’s working, because doctors and dermatologists continue to advice using sunscreen, even though the message may be outdated and evidence is growing that using sunscreens that block both UVA and UVB rays may not be the best practice for one’s skin and overall health.
But step back in history for a moment. The rise in the sunscreen industry came about in the late sixties and early seventies when a study showed a link between malignant melanoma and overexposure to the sun. And the sunscreen industry took off. However, cases of skin cancer continue to rise, even though sunscreen products are widely used. Is it a sun scam?
The truth is that environmental studies have shown repeatedly that people who live in sunnier climates like Arizona have lower rates of skin cancer than those in colder, cloudier climates, like Minnesota and Washington State. And people who daily work out in the sun are less likely to develop skin cancer than those who do not.
Not only that, the Environmental Working Group conducted a study of over fifteen hundred sunscreens, and they determined that at least three in five sunscreens do not sufficiently protect the skin from sun damage or they contain chemicals hazardous to the health. In fact, some of the chemicals may actually cause malignant melanoma. Also, many of these chemical sunscreens contain Vitamin A, which has been added to many sunscreens because it is an antioxidant that slows skin aging. However, Vitamin A may actually spread skins cancers like melanoma because the vitamin can increase the speed at which malignant cells develop. This is due to the potential phototoxicity of Vitamin A. At the time of this writing, more research is being done on the topic of Vitamin A in sunscreens, but keep in mind that there are many other harmful chemicals in most sunscreens.
There are safe alternatives to chemical sunscreens that protect from the harmful sun’s rays. Do the right thing and become educated to protect yourself, and your family. Visit here for more valuable information.…